So I found this in my Twitter feed the other day:

Not only am I disgusted that:

1. Someone actually took the time to write this for Time and got paid for it

2. An adorable dog was humiliated for the main photo

3. There are more overused Jewish puns in here than I have ever seen before

But the Jewish alternative for Tinder already exists. It’s called Coffee Meets Bagel*. It’s just as, if not even more ridiculous than this article.

*Okay so the Coffee Meets Bagel app is not specifically for Jewish people, but those are the only people who I have seen on there. It is basically the ugliest J-Date members on Facebook. If that’s your thing, then go for it!

I’m so glad several people I know are now happily dating someone they met on okcupid.com. It inspired me to rejoin the site (for what must be the 5th or 6th time) and garner messages like these:

He’s ripe for the picking, guys. You know where to find him. Let him know I sent ya!

I’m sure there is a plethora of people who have online dating profiles that are also in some sort of relationship, whether they are married, have a boyfriend / girlfriend or someone else basically thinks they are maintaining their business only for them. I’m sure of this because I have heard way too many stories of lovers gone astray via dating sites, but I have never witnessed it from inside of the dating pool myself…until Tinder. I can’t comment on females doing this (although I am sure it happens), but I can say that I have found at least a handful of men that I know in real life who are definitely not single on the app. Now…if I recognize these people as I sift through their Facebook profile photos, won’t other people be able to do the same?! For crying out loud – it is connected to one’s Facebook account! Do people want to be caught? I just don’t get it, and as I said in an earlier post, it still seems to be a fun kind of toy for people to play with. They can probably use a site for affairs, like Ashley Madison or something, but those sorts of things aren’t free. So now we are talking about CHEAP cheaters. My favorite! 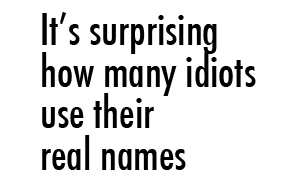 I actually saved an entire conversation with someone I had on Tinder who I recognized as a mutual friend from many years ago. The last I heard, he was married with a kid, but seeing him on the app made me think that his status had changed. But no. Being completely candid – I will say that I only realized about halfway through our discussion, that his photo (from his Facebook profile of course) is with his wife. A few days after this conversation, I noticed that he had changed his Facebook picture to just one of himself, alone. Interesting.

Without further adeau, a Tinder transcript between the “happily married” man (henceforth, referred to as “HMM”) and I:

HMM: Hey
ME: Hey. You recognize me, right?
HMM: Yeah lol
HMM: What r u doing on here? Lol
ME: Haha – just making sure. We know basically all of the same people. I thought you were married 🙂
HMM: I am married.
HMM: Lol
HMM: R u a tatle tale
ME: So what are you doing on here?!?
HMM: Just passing the time
HMM: I don’t get involved
ME: I’m not a tattle tale. I’m single.
HMM: I know
ME: So that’s why I’m here.
HMM: So this is really for single ppl to hook up right?
HMM: Right, I just wanted to see what all the fuss what about
HMM: I’m happily married
HMM: 🙂
HMM: Any cool guys on here or are they all freaks? Lol
ME: Hmmm ok. I’ve met some decent ones and I’m certainly not looking for random hook-ups. I can typically sniff out the freaks.
HMM: Haha
HMM: Yeah
HMM: Good for you
HMM: That’s cool*
HMM: I literally just downloaded this with my single coworker sitting next to me right now
HMM: Lol
HMM: But I can see this getting me into trouble!!!!
HMM: Not my thing!
HMM: How r u anyways?
HMM: Loooooong time
ME: I’m good. I can see how it can be interesting.
HMM: So let me ask you something?
HMM: Just between us?
ME: Ok.
HMM: Promise?
ME: Ok.
HMM: Why did you click on me? Lol
ME: I thought maybe you were single if you were on here. Lots of people get married and then divorced.
HMM: Right
HMM: Ok
HMM: Lol
HMM: Good luck
HMM: 🙂

And then I blocked him.

Let’s all hope that he was being sincere by telling me he was using a dating / “hook-up” app to pass the work day, shall we?

*Sadly, I missed taking a screenshot of the piece of the conversation where he tells me I look great and that I should have no problem finding someone. You know – ‘cause I’m on the app for ego stroking from a married man.