Sent to me by a friend in disbelief – here’s a Tinder profile for someone that seems to be more demanding of his dates than anyone I have ever witnessed before. Just decoding his use of emojis to represent what is acceptable in his world is exhausting. But really … who isn’t currently “obsessed with indigenous South American culture”? 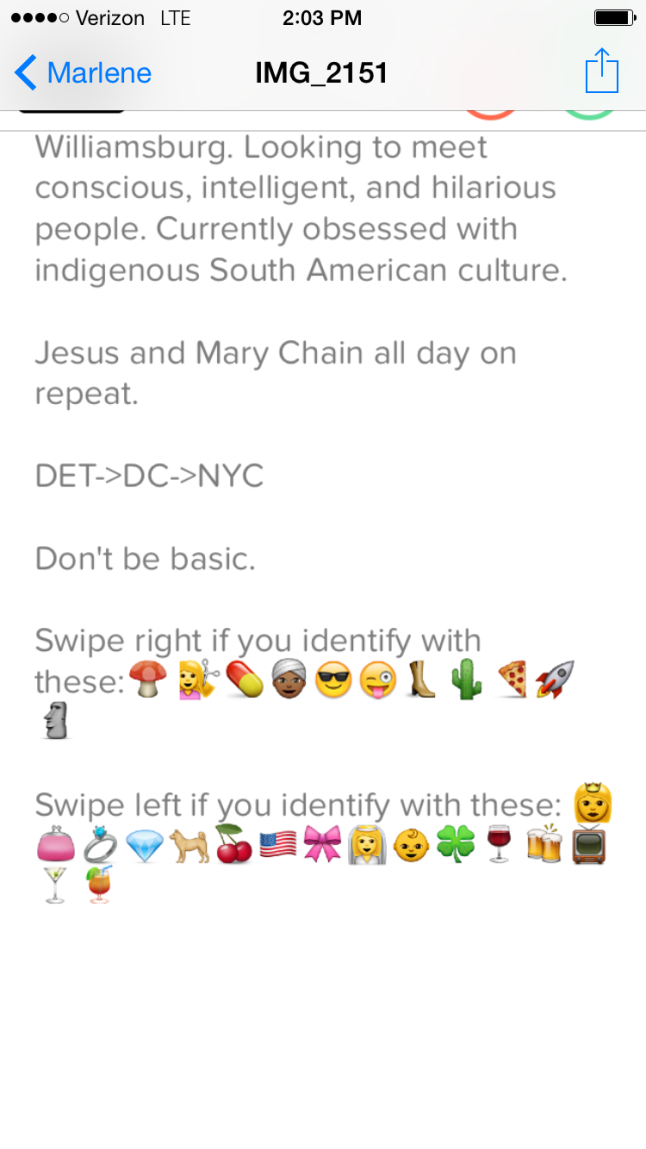 My mom had a blouse like this in the late 60s. I know this because she kept it over the years and I got to wear it as part of my costume for a fiesta-themed birthday party in the 3rd grade. Now this guy on Match has it – in all of its masculine sexy glory. I know you’re turned on…take a minute: And then check out this guy’s screen name. The sad thing is he will probably find his future wife with it:

I don’t understand…well I don’t understand most of what I see on dating sites…but I really don’t understand people who have profiles that aren’t filled out. They typically will message me (and plenty of other women who really enjoy having their time wasted by a series of “I’m too busy to fill this out”s when they really mean they are brainless and / creepier than your normal online dater and can’t string together some photos and a bio). If they do send a message first (because they somehow have the time to do that), it will say “Hi, how are you?” or something even shorter than that. I guess it’s all part of this “Pussy Affluenza” affliction that many single men are suffering from these days. So…little…effort…

Yet, this guys’s only online photo had to take a little diligence to put together: 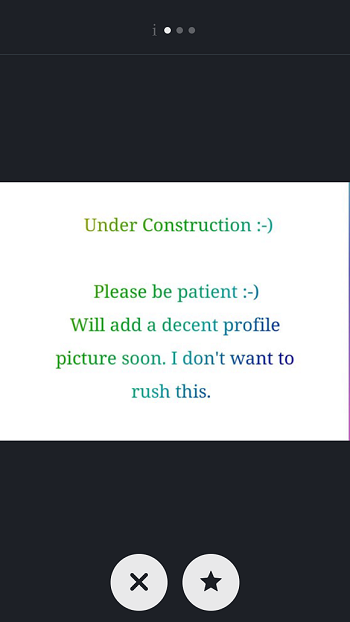 So, what do we think? Is he just tragically ugly and too shy to share his appearance? Is he not single? Is he a criminal who harvests the organs of online daters who doesn’t want his photo out there? I’ll let you be the judge, since I’m obviously just here to make fun of him. 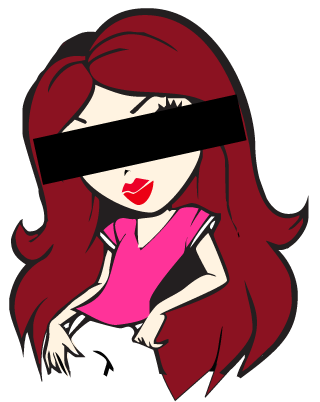 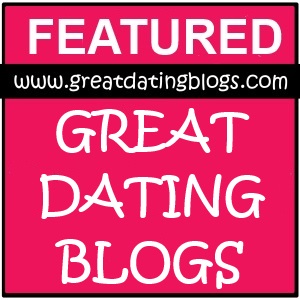